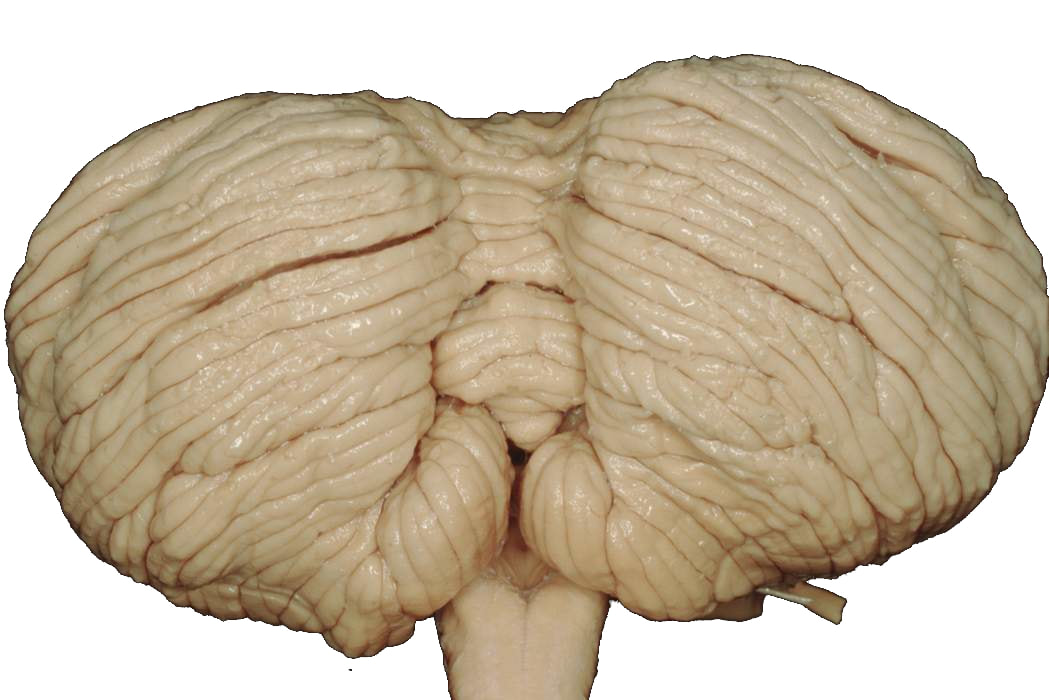 The Cerebellum analyzes and interprets motor signals and corrects at each step for execution of smooth movement. It utilizes a negative feedback control system (dampening) to do this. The cerebellum, or little brain has more than 50% of axons in the cerebral cortex, is separated into two hemispheres and connected by the vermis (worm). It is connected to the nervous system by three peduncles; the superior which outputs to the cortex via the thalamus; the middle which inputs and outputs via the pons; the inferior which inputs outputs with the brain stem and spinal cord.

A "blueprint" of coordinated movement is sent to the cerebral motor cortex via the cerebellum. The cerebellar peduncles integrate sensory information about skeletal muscle position and coordinate the extremities to maintain posture and also receives input of the intent to initiate voluntary muscle contraction. Proprioceptors and visual signs "inform" the cerebellum of the position of the body and momentum and the cerebellar cortex calculates the best way to perform a movement.

​The three functional divisions of the cerebellar cortex are the vermis, intermediate and lateral zone.
​Flocculonodular lobe.